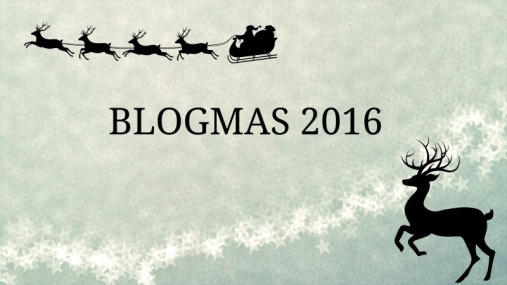 For the last couple of years during December my social media feeds have been full of these pesky little freaks – The Elf on The Shelf. Up until now I’ve not jumped on that bandwagon as I thought my two were too young to understand the concept as it is all very confusing anyway, what with the real Father Christmas, Father Christmas’ helpers, why do other people buy children presents, isn’t it only Father Christmas? However, now Amelie is at school and all of her bezzie mates are talking about some little elf that will arrive on 1st December to watch over them and report back to the big chief, I thought what the heck I will give it a bash.

Being the scrooge that I am I didn’t want to pay £30 for the whole package, elf, book and whatever else it comes with. I saw on our local Facebook page that there was a company called Exmouth Sweets that sold a package called the Christmas Eve Box. I’ve never done a Christmas Eve Box and won’t be doing one but I thought I could use the items throughout December. Anyway, this gorgeous little package arrived on 29th November and I couldn’t be any more pleased with it! This package was £12 and includes a book, 2 certificates, a hot chocolate cone, a sweety cone, a candy cane, magic reindeer food and our elf. 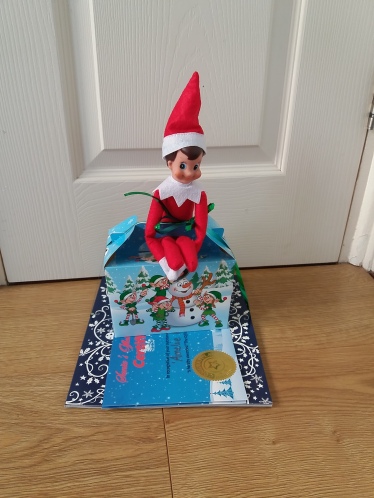 Of course I had already been going Pintrest crazy and pinning lots of cheeky ideas. I thought it might be a good idea to warn Amelie and Charlie that an elf was on his way to visit our house and stay until Christmas Eve. I did this because I didn’t want them to be scared if they woke up during the night or early morning, venture into the front room and be confronted by this strange being dressed in a red/white outfit with creepy eyes. I also told the children they are allowed to pick a name for their elf, Amelie chose ‘Harry’ – very cute!

So when the children went to bed last night I set about getting Harry ready to meet them in the morning. I decided to give the children their certificates for being very good and making the Nice List early as they really have been good and I wanted to encourage good behaviour from the start. It is a nice incentive and their little faces were a picture. I know most people would have given the certificate on Christmas Eve but the way we are doing it is, you have made the list congratulations, but if you are naughty you will move to the Naughty List. It seems to be working as they were both exceptional this morning. I was a bit nervous about them touching the elf and moving him but I’m really impressed with their self control as not one of them has even bothered to touch him.

I picked up a cute little elf door yesterday and stuck this to the fireplace along with putting down a little key and some green glitter with foot prints in. Again, this is not everyone’s choice but for us it is working and makes it all the more magical. I’m all new to this elf malarkey so next year may pan out slightly different. We are having fun and that’s all I’m in it for. I really love seeing everyone’s pictures on social media, some people have some fantastic ideas.

I can’t wait to plan Harry’s next adventure tonight.